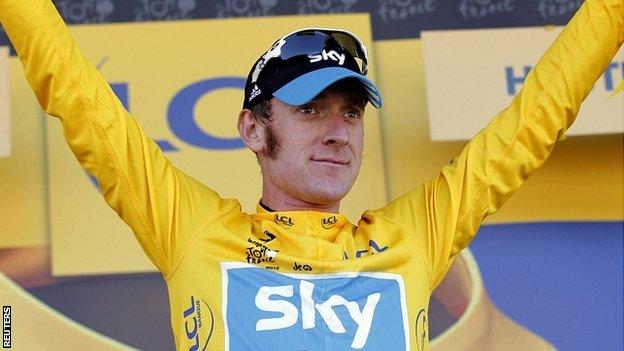 Tour de France winner Bradley Wiggins will be the big draw when the Tour of Britain gets under way on Sunday.

Wiggins, who in the individual time trial at London 2012, will line up alongside Mark Cavendish for Team Sky.

Tour of Britain - where you can see Bradley Wiggins

"It's not about Brad going out and winning," said Team Sky coach Shane Sutton. "It is a really good place to soak up and enjoy what he's achieved."

The eight-stage race starts in Ipswich and ends in Guildford on 16 September.

Wiggins, 32, who became the will miss Monday's Olympic and Paralympic parade to represent Team Sky.

Cavendish, who won two stages for the HTC Team last year, will use the event to tune up for the defence of his world road race title later this month in the Netherlands.

Britons Jeremy Hunt and Luke Rowe will also compete for Team Sky, with Austrian Bernhard Eisel and Christian Knees of Germany also in the squad.

Chris Froome, runner-up to Wiggins in the Tour de France, will not compete as he is currently racing in the three-week Vuelta a Espana, which concludes on Sunday.

will also miss the race due to his Vuelta commitments.

The 1,349.9km course takes riders through the Peak District, mid-Wales and Dartmoor.

Wiggins did not compete in the 2011 tour following surgery on a broken collarbone suffered when crashing out of last year's Tour de France.