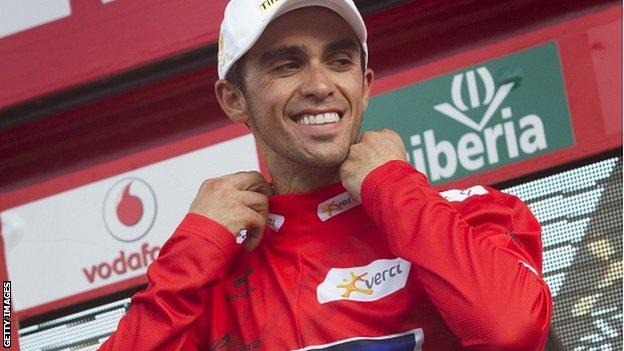 Belgian Philippe Gilbert took his second stage win of this year's race but Valverde finished second to earn a time bonus of 15 seconds.

Contador, who finished two seconds behind Valverde, leads by one minute 35 seconds ahead of the penultimate stage.

The 29-year-old is riding his first Grand Tour since returning from a ban.

He is hoping to secure his second Vuelta title when the three-week race concludes in Madrid on Sunday.

BMC rider Gilbert, who also won the ninth stage in Barcelona, accelerated at the head of a pack of some 40 riders with 500m to go of the 178km flat stage from Penafiel to La Lastrilla to win again.