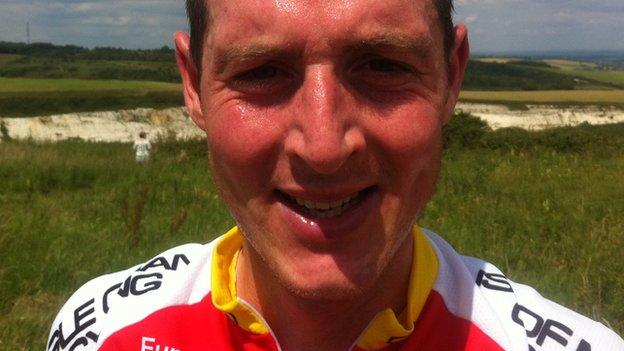 Manx cyclist Elliot Baxter described the conditions as "brutal" after claiming victory in the 2012 End to End mountain bike challenge.

"It was much slower than usual but I couldn't care less about the time - I'm just glad to win," said Baxter.

"The conditions were brutal. It was a constant effort from start to finish."

Former Olympian Nick Craig had been going for a fifth consecutive title at this year's Isle of Man event.

The 43-year-old from Hayfield had been leading Baxter but the Isle of Man rider overtook him on the Sloc section of the course after a puncture.

Craig said: "I had a few problems with a rear flat and ended up finishing on the rim - which is one of the hardest things I have ever done.

"I have had a lot of good luck here. It is a rough and gnarly course with lots of places to puncture. I guess it was my turn to get one.

Mona Petre was the leading lady in a time of four hours fifteen minutes and thirty seven seconds.

A record field of 1,700 cyclists started the race with 959 completing the full course.

Riders have to tackle a variety of terrain during the event and climb more than 1,500m, as they ride from the Point of Ayre in the north of the island to Cregneash in the south.