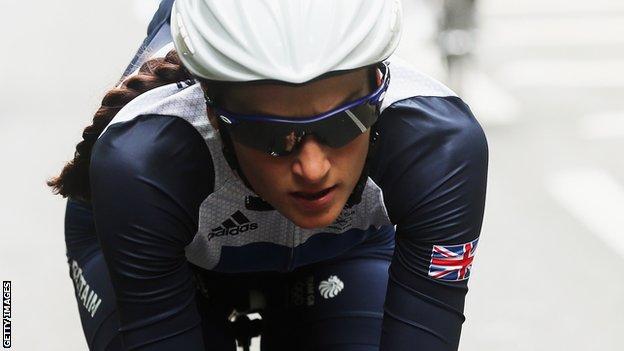 Olympic silver medallist Lizzie Armitstead has pulled out of the road race at the World Championships in the Netherlands because of illness.

Britain have decided not to call up a replacement for the 23-year-old, who would have led the team on Saturday.

They will race with the disadvantage of only having five riders in the team.

Emma Pooley, who finished fourth in the time-trial, could lead the squad, while 2008 Olympic champion Nicole Cooke may be given a free role.

Armitstead won five medals at the track World Championships in 2009 and 2010 before switching her focus to road racing.

Her absence is a major blow to the team, who will also now be two riders short of the maximum allocation of seven women per team.