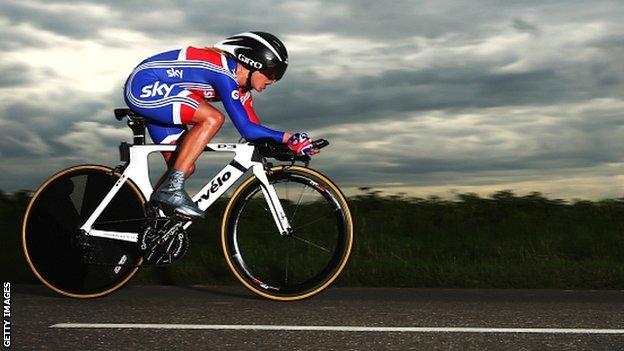 Cycling's governing body is set to announce a range of measures intended to promote women's racing.

The management committee of the International Cycling Union (UCI) unanimously approved the plan at a meeting in Maastricht this week ahead of its annual congress on Friday.

The most eye-catching measures are a gradual move to bring women's track cycling events into line with the men's programme, and the creation of a new tier of "hors categorie" road races for elite riders.

These moves come against a backdrop of criticism towards the UCI about its failure to push women's cycling over the years.

Leading British riders Lizzie Armitstead and Emma Pooley have both accused the governing body of treating female cyclists as second-class citizens, and Pooley has even talked about quitting the sport after her trade team announced it was folding because of financial problems.

The former world time-trial champion and Olympic silver medallist has since rowed back from her threat to retire, but she has continued to point out the huge disparity in prize money, sponsorship and TV interest between men's and women's cycling.

This point has been picked up by Britain's Tour de France and Olympic champion Bradley Wiggins, who recently said he might even fund a women's road team himself.

"It would be all or nothing. I wouldn't want to do a tuppeny-ha'penny kind of team," the Team Sky star said at last week's Tour of Britain.

"I just have an amazing respect for what the women are doing. They're the forgotten ones in this sport. They have just as much success as we do.

"We've got so many world-class girls there should be a team now really."

The current reality for female cyclists, however, is a hand-to-mouth existence compared to their male counterparts as teams, and races, struggle to make ends meet.

And yet the experience of this summer's Olympics suggests there is an appetite for the sport.

The women's road race was watched by crowds that almost matched the estimated one million spectators for the men's race a day before, despite torrential rain. The racing was arguably more exciting, as well.

The success of the entire women's programme at London 2012 was highlighted by British Cycling president Brian Cookson in his presentation on women's cycling at Wednesday's UCI management committee meeting.

He told his 20 colleagues, all male, that much more could and should be done to encourage the development of a sustainable professional circuit for the leading female riders.

"Equalising" track cycling's programme will be a first step, with female team pursuit trios becoming quartets next year, riding 4,000m, not 3,000m. It is expected the other track events will follow suit in the coming years.

Some have argued that a move to four riders will disadvantage smaller cycling nations, particularly as the event was only introduced to the Olympics this year (and was won in dominant fashion by Great Britain), but the UCI believes it will encourage nations to develop more riders.

The UCI will also make greater efforts to "increase the appeal and visibility" of women's cycling by using more of its resources to market women's races and female riders.

The Swiss-based body hopes high-profile role models will emerge to drive interest from broadcasters, fans and sponsors: the extra promotion of a handful of elite races every year is expected to be central to this effort.

But Cookson and his colleagues will not force the 20 men's ProTour teams to fund female teams in their colours, or compel race organisers to have a women's version too.

It is believed they are worried about placing further burdens on the already strained finances of some races and teams, and they are convinced that women's cycling should be a sport in its own right, and not an adjunct of men's cycling.

There is one other immediate commitment the UCI is willing to make, however, and that is to make sure there is at least one woman on each of its 18 commissions, or sub-committees. A small step, one might argue, but the UCI has considerable work to do to meet even this concession.