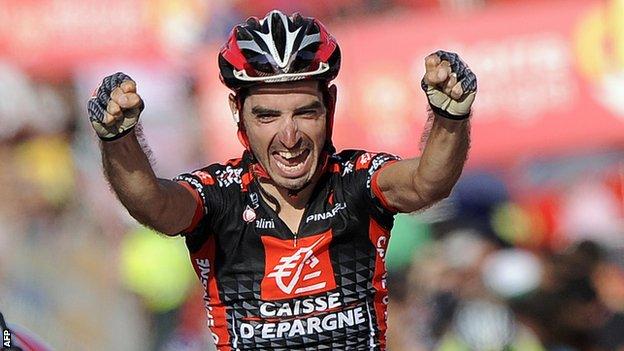 The move ends the 31-year-old's six-year spell with the Movistar outfit, during which he claimed a stage victory at the 2010 Vuelta a Espana.

"I am very happy to have signed," the specialist climber said. "As soon as Team Sky approached me, there was nobody else I wanted to sign for."

The British-based squad announced the arrival of Dario Cataldo on Thursday, and brought in Gabriel Rasch last week.