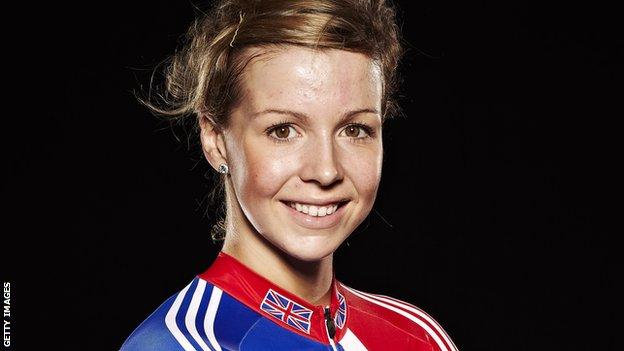 Sprinter Becky James won her fourth title in five days at the British Cycling National Track Championships as she defended her keirin crown.

A dominant performance from the 20-year-old saw her take another event to add to her 500m time trial, sprint and team sprint titles in Manchester.

"I'm really chuffed," she said. "I had in my head what I wanted to achieve and I think it went better than expected.

"The track nationals is a big event for me. It's a great start to the season."

The Welsh cyclist streaked clear with one and a half laps to go in the final to finish comfortably ahead of Victoria Williamson and Charlene Joiner who battled through a packed field to claim silver and bronze.

James, a silver medallist for Wales in the women's sprint at the 2010 Commonwealth Games in Delhi, was a reserve for the women's team sprint event at London 2012 but did not make Great Britain's final Olympic squad.