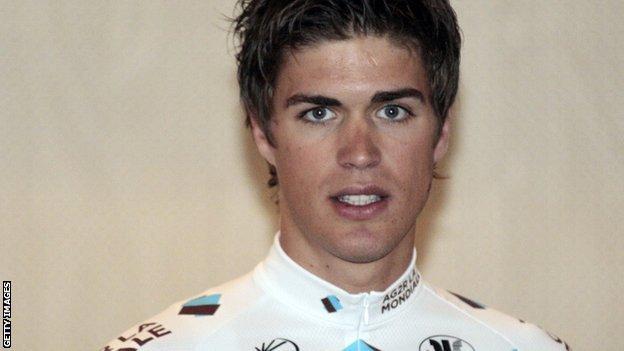 The International Cycling Union (UCI) has provisionally suspended Steve Houanard after the Frenchman tested positive for the banned substance EPO.

Houanard tested positive from an out-of-competition sample he gave on 21 September 2012.

The Ag2r-La Mondiale rider has the right to request and attend the analysis of a B sample.

Houanard's ban will remain in place until the French Cycling Federation completes its investigation.

A UCI statement read: "The provisional suspension of Mr Houanard remains in force until a hearing panel convened by the French Cycling Federation determines whether he has committed an anti-doping rule violation under article 21 of the UCI Anti-Doping Rules."