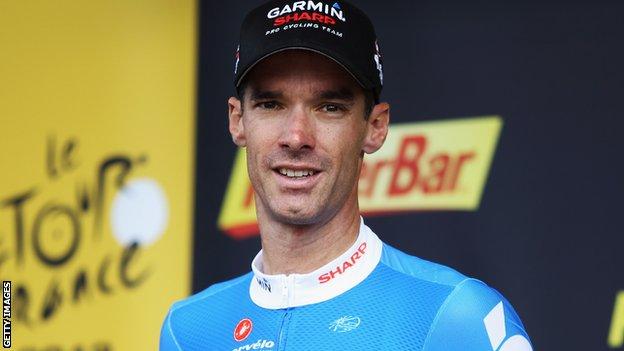 A United States Anti-Doping Agency report has accused Armstrong of being a "serial drugs cheat".

Verbruggen was president of the UCI when Armstrong won seven Tour de France titles between 1999 and 2005.

"The first step for the UCI is for Verbruggen to be removed," said Millar.

"He was at the head of the organisation with the biggest doping problem in the history of sport.

"He's still there. He should admit that mistakes were made and we have all made mistakes.

"But the UCI is not a commercial company so there is no one to answer to."

Usada claimed that Armstrong orchestrated "the most sophisticated, professionalised and successful doping programme that sport has ever seen", with this report leading British Cycling boss Dave Brailsford to tell BBC Radio 5 live it is hard now for anyone to trust the sport.

"In my mind, I think cycling is one of the cleanest sports because it catches the cheats and throws them away," he told Sky Sports News.

"The same question I always get is, 'how can cycling move forward?' Well, it is moving forward and it has been - but people won't let it.

"That's not fair to tarnish the riders who are doing it now with the brush they don't deserve to be tarnished with. It's a stupid, closed-minded view on it.

"Cheating happens everywhere - in every sport, in every country, in every aspect of life."

Millar, who served a two-year ban after admitting to doping in 2004, is now a member of the athletes committee of the World Anti-Doping Agency.

Usada's report states that the era in which Armstrong dominated was "the dirtiest ever" and Millar believe it was clear to everyone in the sport that drug-taking was prevalent among many of the top cyclists.

"The UCI have to accept they have to carry some responsibility for this because it was obvious what was going on," he added.

"The UCI had all the blood data, the medical reports, it was part of the culture of the sport and in the big races the majority of riders were doing it on drugs.

"There was only a tiny minority getting good results without drugs and they really were the outsiders."