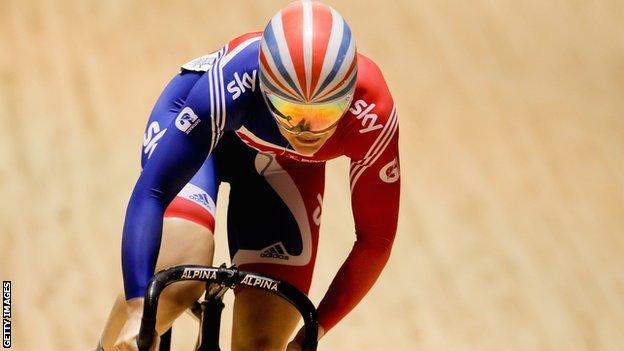 Great Britain's cyclists picked up two more medals as the Track Cycling World Cup drew to a close in Colombia.

However, they were unable to make it a hat-trick on Sunday as James finished fourth and Varnish fifth in the keirin.

James, who had been fastest in qualifying, was so close to winning a second gold in the women's sprint that it took a photo finish to separate her from winner Wai Sze Lee of Hong Kong, while Varnish comfortably saw off Spain's Casa Roige in the bronze medal race.

Mould had to withdraw from the men's omnium on day two because of illness but gained three laps over the 30km distance of the points race as Austria's Andreas Graf took gold.

Fellow Briton Kian Emadi was out of luck, crashing in the men's keirin after Italy's Davide Ceci brought down three riders, and then bowing out of the men's sprint in the first round proper, while Elinor Barker was fifth in the women's omnium.

The second round of the World Cup takes place from 16-18 November and is the debut international event for the new Sir Chris Hoy Velodrome in Glasgow.