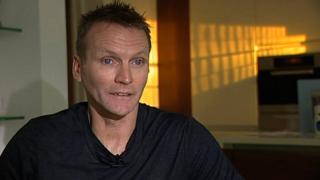 Former England footballer Geoff Thomas, who was inspired by cancer survivor Lance Armstrong as he fought his own battle against the illness, says the recent doping allegations concerning the American are shocking and sad.

Thomas says Armstrong, who won the Tour de France seven times, was as highly regarded as other sporting greats like boxer Muhammad Ali and golfer Jack Nicklaus but now describes the former cyclist's achievements as a "big lie".

Armstrong had led the tributes when former midfielder Thomas, who won nine caps for his country, received the Helen Rollason Award for outstanding achievement in the face of adversity at the BBC Sports Personality of the Year ceremony in 2005.