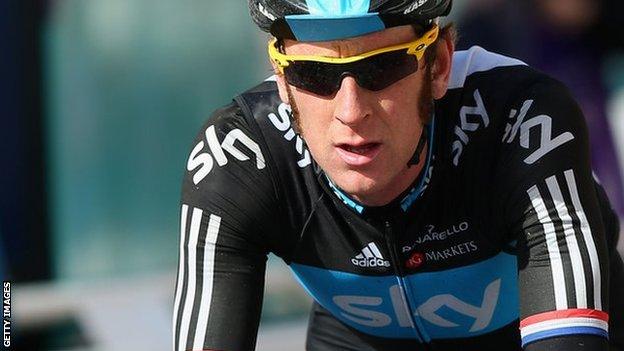 Bradley Wiggins has had his 2009 Tour de France fourth place elevated to third after Lance Armstrong's disqualification for doping.

Armstrong's seven successive tour wins from 1998 will not be awarded to others but his results from his comeback in 2009 and 2010 will be reallocated.

Wiggins was behind Alberto Contador, Andy Schleck and Armstrong in 2009.

An International Cycling Union (UCI) spokesperson confirmed: "In 2009 the placing of Mr Armstrong will be reallocated.

"Bradley Wiggins is the third-placed rider for the Tour de France, 2009."