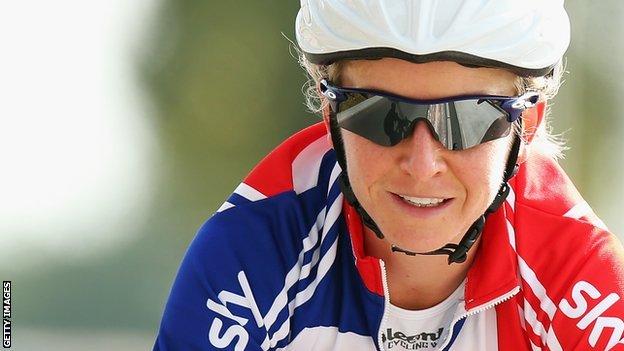 Pooley, who is taking a university doctorate, was considering taking a break with her current Dutch team set to leave the sport.

But she said: "I'm looking forward to this new challenge and I'll do my best to help the young riders on the Bigla team to make the step up."

Pooley, 30, was a silver medallist at the 2008 Beijing Olympics.

She was also the 2010 time-trial world champion and helped Great Britain team-mate Lizzie Armitstead to silver in the road race at the London Olympics.

The Norfolk rider added: "Next year will be different for me than the last few years, because I'll be spending the winter studying to finish my PhD.

"That will mean a slower start to the season. But Bigla will give me plenty of racing opportunities, some fun new challenges, and also the freedom to focus a bit on my own goals in the time trial."