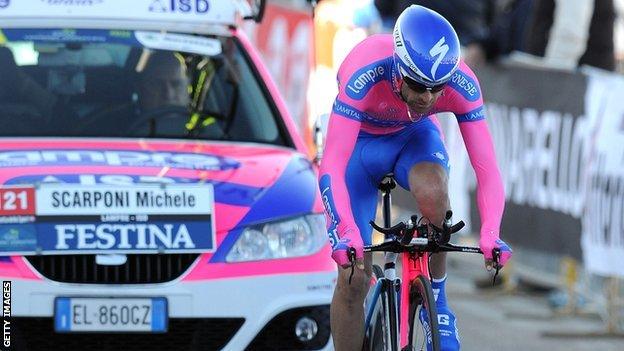 The Italian admitted visiting Ferrari, who is banned for life by the US Anti-Doping Agency (Usada), on 25 October.

"The team doctor has suspended the rider for violation of the internal code of the team," said Lampre spokesman Andrea Appian.

"We await the decisions of the competent authorities and underline that all the issues refer to a period when Scarponi did not ride for Lampre."

Scarponi has previously served an 18-month ban after being implicated in the Operation Puerto blood doping scandal which dated back to 2006.