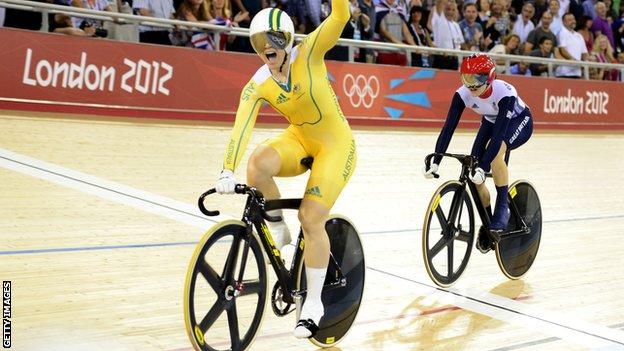 Olympic champion Australian Anna Meares, who will defend her title at the 2016 Olympics in Rio.

Meares, 29, who also won bronze in the team sprint, intends to carry on, despite turning 33 by the time Rio comes around.

She said: "I'm really excited because I wanted to go through to Rio.