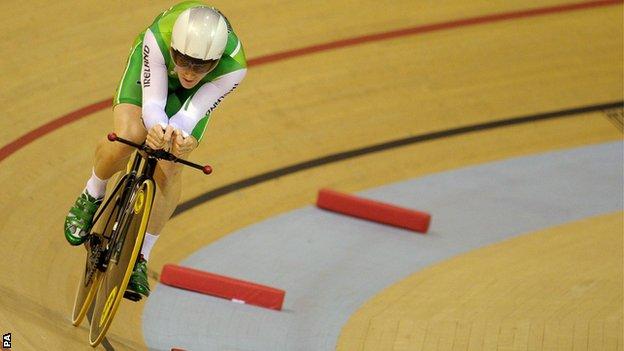 The 27-year-old from Newtownards, who competed in the London Olympics, is relishing the new challenge.

"I've committed a lot of time to the track in recent years and I'm so happy that this Team has given me a chance to show what I'm capable of," said Irvine.

Irvine won silver in the scratch race and individual pursuit.

He was second to Switzerland's Tristan Marguet in the scratch event and finished behind Olympic Omnium champion Lasse Hansen in the individual pursuit final.

Irvine's target is to return to Glasgow for the Commonwealth Games in 2014.

He competed for Northern Ireland at the Delhi Commonwealth Games and was 13th in the multi-discipline omnium event at the Olympics.