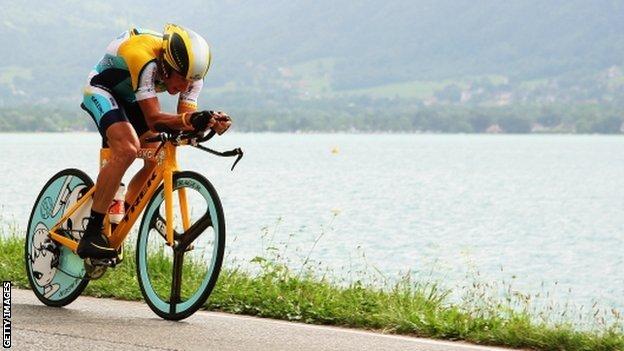 Cycling's governing body is under pressure from a new anti-doping group staging its first meeting this weekend.

Although the UCI ratified the sanctions, it has been accused of damaging the sport's global image by the CCN.

The new group is comprised of former professional cyclists, doping experts and journalists.

Its inaugural meeting, to be held in London, will "discuss a roadmap for global change, including the requirement for a fundamental shift in cycling's world governance and the implementation of independent anti-doping controls," the group said.

Among those in attendance will be blood doping experts Michael Ashenden and professor Antoine Vayer, as well as Travis Tygart, the chief executive of Usada, the body which mounted the investigation into Armstrong.

A key CCN figure is Jaimie Fuller, chairman of sportswear company Skins, which has donated the equivalent of around £6.2m to UCI in sponsorship in the past five years.

However, it recently claimed around £1.25m in compensation for the alleged reputational damage the governing body's actions have caused to sponsors.