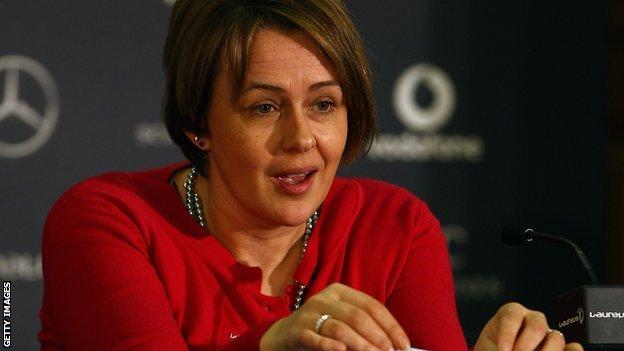 British Paralympic great Baroness Tanni Grey-Thompson has been appointed to the three-person commission that has been set up by the International Cycling Union (UCI) to investigate the Lance Armstrong affair.

The chairman of the panel will be former Court of Appeal judge Sir Philip Otton, with Australian lawyer Malcolm Holmes being the third member of the independent body.

The UCI set up the commission in response to a damning report from the United States Anti-Doping Agency (Usada) into a decade of cheating by Armstrong and his team-mates.

That report, published in October, resulted in the American being stripped of his seven Tour de France titles, but it also seriously called into question the UCI's actions over the period.

It is against this backdrop that John Coates, the president of the Court of Arbitration for Sport and the Australian Olympic Committee, was asked by UCI president Pat McQuaid to compile a shortlist of credible candidates for the commission.

McQuaid welcomed Friday's announcement of the panel, and thanked Coates for "assembling such a high calibre and truly independent commission".

"The commission's report and recommendations are critical to restoring confidence in the sport of cycling and in the UCI as its governing body," he added.

"We will co-operate fully with the commission and provide them with whatever they need to conduct their inquiry and we urge all other interested stakeholders to do the same.

"We will listen to and act on the commission's recommendations."

Otton retired from the Court of Appeal in 2001 but has since worked as an arbitrator in a number of high-profile sports cases in Formula 1, football and America's Cup sailing.

Grey-Thompson won 16 Paralympic medals, including 11 golds, during her athletics career and is now a member of the House of Lords.

The commission will meet in London 9-26 April 2013, and aim to submit its report to cycling's governing body by 1 June.