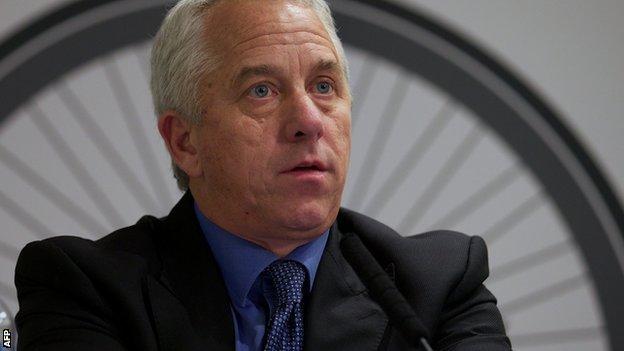 Former Tour de France winner Greg LeMond is ready to run for the International Cycling Union presidency in a bid to clean up cycling's image.

The American, 51, has been critical of the UCI's failure to address the culture of doping and in October called for president Pat McQuaid to quit.

The three-time Tour winner has also joined pressure group Change Cycling Now (CCN), which is demanding a radical reform of the sport.

CCN has criticised the UCI over the Lance Armstrong scandal, which resulted in the American being banned for life and stripped of seven Tour de France titles after being accused of "systematic doping".

LeMond said: "After the earthquake caused by the Armstrong case, another chance will not arise.

"I'm ready. I was asked and I accepted. If we want to restore public confidence and sponsors, we must act quickly and decisively, otherwise cycling will die.

"Riders do not understand that if we continue like this there will soon be no money in cycling."

LeMond has been critical of McQuaid and predecessor Hein Verbruggen, publishing an open letter on Facebook in October.

"If Pat McQuaid really loves cycling, as he claims, he would have resigned," LeMond wrote.

Following the decision to strip Armstrong of his titles, LeMond is once more the only American to have won the Tour.