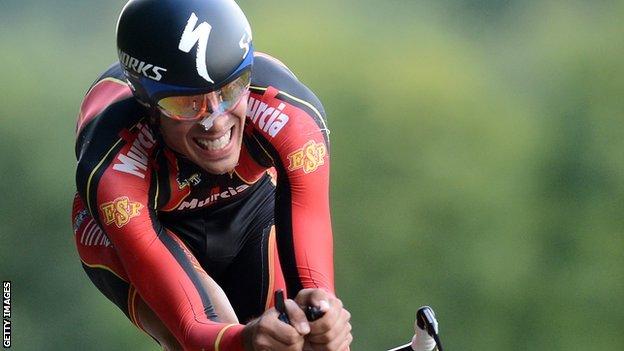 The team's licence was under threat because they finished outside the world's top 15 in 2012.

Without it, teams need invitations to enter the Tour de France, Giro d'Italia and Vuelta a Espana.

Saxo Bank-Tinkoff Bank's inclusion comes as a result of the Katusha team losing their ProTour status.

The Russian team, which runs world number one Joaquim Rodriguez, finished second in the Tour standings in 2012 behind Team Sky.

But the International Cycling Union (UCI), who made the decision, said: "The request from the team Katusha for registration in the first division has been rejected."

The UCI did not elaborate any further as to why Katusha's registration was rejected.