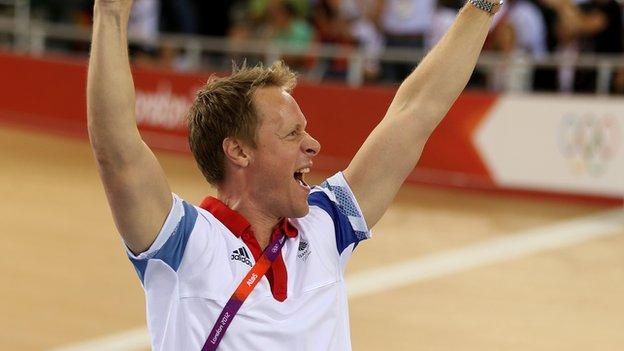 He takes over from Sean Yates, who left the team in October and retired from the sport.

Hunt was part of Team Sky during its inaugural 2010 season while also working with British Cycling.

But he left to concentrate on his track work and helped guide GB to a successful defence of their team pursuit crown at London 2012.

The team of Ed Clancy, Geraint Thomas, Steven Burke and Peter Kennaugh smashed their own world record while winning one of Britain's seven track golds at the London Velodrome.

But Hunt is relishing the prospect of moving back to the road.

"It's a great time to bow out and start a new challenge and I'm really excited about the project," he said.

"I want to learn the races and re-learn the job of a sports director. But maybe also bring different things to the table, because I'm not an ex-pro.

"I haven't ridden these races, so I've got a bit of homework to do. I need to expose myself to as much racing as possible to maximise my learning over the first year.

"I want to be good at this. I want to be a good DS (directeur sportif) and it's going to take time to get there."