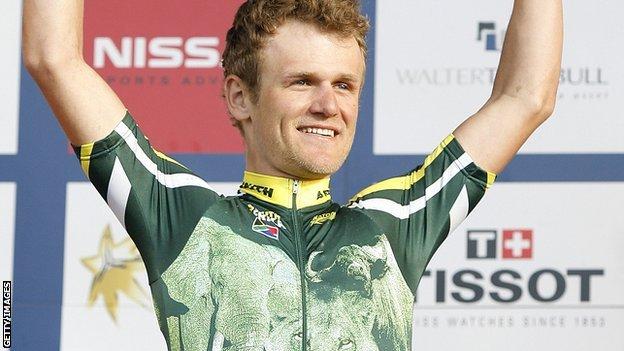 South African mountain biker Burry Stander has died in a road accident while on a training ride.

The 25-year-old, who finished fifth at the London Olympics in 2012, was killed in a collision with a taxi in Shelly Beach, a town in the KwaZulu-Natal province on South Africa's east coast.

Stander was a two-time Olympian, having also competed in Beijing in 2008.

He was also a former Under-19 and Under-23 world champion and finished third in the 2010 World Championships.

South African Sports Confederation and Olympic Committee (SASCOC) president Gideon Sam added in a statement: "Burry was the epitome of an Olympic athlete; talented, ultra-competitive but at the same time extremely humble and a true gentleman."