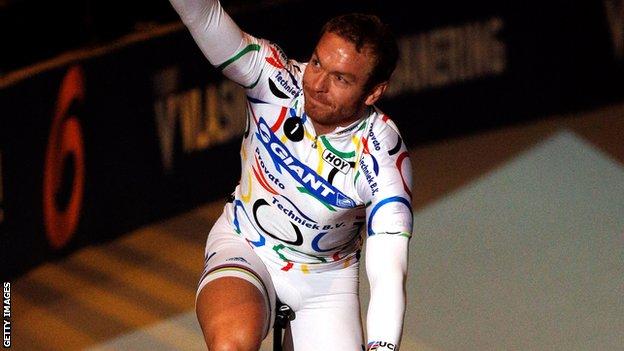 Sir Chris Hoy has won the Six Days of Rotterdam event from fellow Briton Jason Kenny by just one point.

Six-time Olympic champion Hoy went into the final day with a three-point lead from Kenny, who led the first two days.

Hoy's second in the sprint and third in the keirin was enough to take the title and he won the team sprint with Kenny.

The 36-year-old tweeted: "Thanks Rotterdam! Great six nights of racing, big crowds and brilliant atmosphere. Hope to see you again next year!"

Kenny, who won two golds at the London Olympics, beat Hoy in the sprint final and finished a place ahead of him in the keirin, but it was not enough to make up the three-point gap.

The annual event, which both Hoy and Kenny have competed in before, takes place in Rotterdam's Ahoy Stadium.