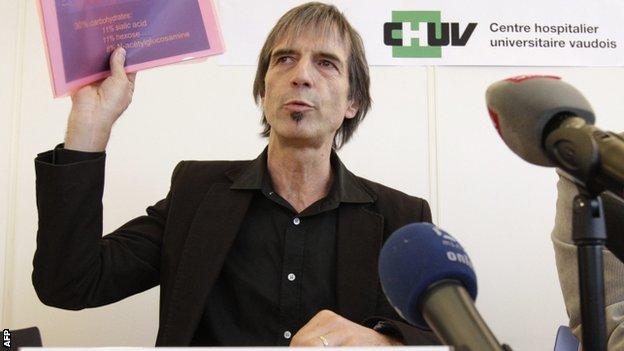 The director of Switzerland's laboratory for doping analysis has denied allegations that he told Lance Armstrong how to avoid being detected for performance-enhancing drug EPO.

Martial Saugy said he had one meeting with the disgraced cyclist in 2002 at the request of the International Cycling Union to talk about the tests.

But he refuted the suggestion he told Armstrong how to avoid detection.

"I did not give the keys to Armstrong to circumvent tests," he said.

"It would be a paradox as my job as leader of an anti-doping laboratory. The fight against doping is our life's work.

"It's true that a meeting took place, and that's not a new fact. In the context, I think it was the right thing to do. It was not a mistake or an act of naivety as some have written.

"I've met him for only about 20 minutes in my whole life."

Saugy was responding to claims made by the head of the US Anti-Doping Agency (Usada) Travis Tygart, who told US television programme 60 Minutes that Saugy had told him over dinner he had met Armstrong and his US Postal Team manager Johan Bruyneel at the request of the UCI in 2002 to explain how the EPO test worked.

The UCI insists the meetings were arranged as a "deterrent" to show riders they were getting tough on doping and not to show them how to beat the system.

However Saugy added: "It's a fundamental right for the sportsmen to know the scientific basis of an analysis."

Armstrong was stripped of his seven Tour de France titles, won between 1999 and 2005, and banned for life in October following a report by Usada which said that Armstrong had been involved in the "most sophisticated... and successful doping programme that sport has ever seen".

Armstrong is due to break his silence on the doping allegations on Oprah Winfrey's TV talk show on Thursday, 17 January.