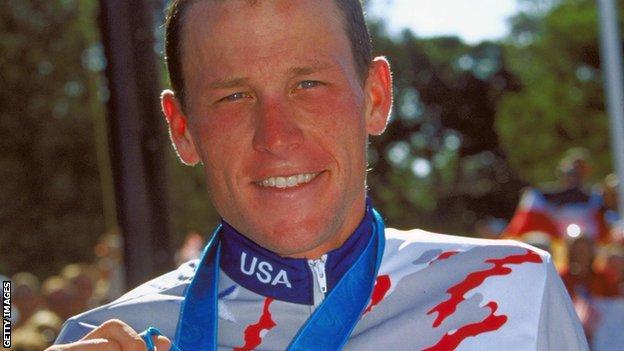 Lance Armstrong has been stripped of the Olympic bronze medal he won in Sydney in 2000, the International Olympic Committee has confirmed.

The IOC acted after the International Cycling Union (UCI) took away the American's seven Tour de France titles when he was found guilty of doping.

Armstrong had 21 days to appeal against the UCI's decision, but did not do so.

"We have written to Armstrong asking him to return the medal," an IOC spokesman said.

"It was a decision taken in principle at the executive board before Christmas. We were waiting for confirmation from the UCI that he hadn't appealed against his disqualification."

The UCI stripped Armstrong of all results since 1 August 1998 and banned him for life after the US Anti-Doping Agency (Usada) labelled him a "serial cheat".

Usada also gave the 41-year-old a life ban for what it described as "the most sophisticated, professionalised and successful doping programme that sport has ever seen".

Armstrong met chat show host Oprah Winfrey in his home city of Austin, Texas on Monday, to record a television interview that is set to be broadcast in two parts, at 02:00 GMT on Friday and Saturday.

The US media has reported that the former cyclist admitted using performance-enhancing drugs during the interview.