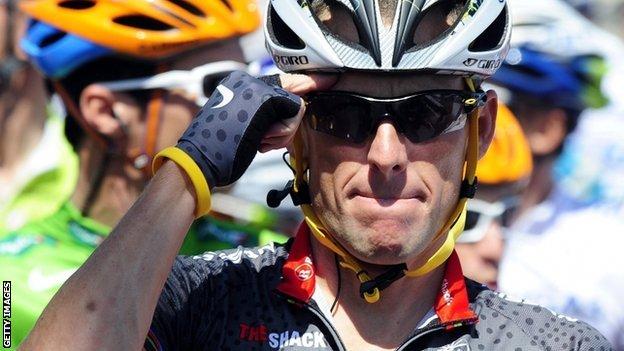 Disgraced cyclist Armstrong admitted for the first time to taking drugs during his career in an interview with Oprah Winfrey shown during the week.

And Johnson, who was banned for taking steroids at the 1988 Seoul Olympics, has some sympathy for Armstrong.

"I think people will judge him differently, based on what he did for humanity and for cancer."

Last year Armstrong was stripped of his seven Tour de France titles after being labelled a "serial cheat" by the United States Anti-Doping Agency (Usada).

Usada said that Armstrong's USPS/Discovery Channel professional cycling team operated the "most sophisticated, professional and successful doping programme that sport has ever seen".

In the first part of the interview with Winfrey, Armstrong finally ended years of denials by admitting he used performance-enhancing drugs during all seven of his Tour de France wins.

He also questioned whether he deserves what he describes as his "death penalty" punishment which means he is banned from all sports because of his use of performance-enhancing drugs.

Armstrong could face an examination of his financial power with a Texan company planning to file a lawsuit next week to recoup $12m from him in relation to bonuses paid for wins in three of his Tour victories.