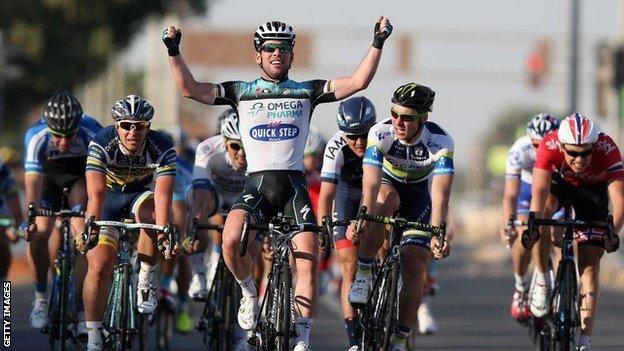 Britain's Mark Cavendish has claimed his second stage win since joining the Omega Pharma-QuickStep team at the Tour of Qatar.

Last month, the Isle of Man rider recorded his first win for his new team at the Tour of San Luis in Argentina.

The 10-second bonus for his latest victory moved Cavendish up to fourth in the overall standings, just eight seconds behind leader Brent Bookwalter.

Cavendish endured a disappointing spell with Team Sky in 2012, during which he missed out out on an Olympic medal and was overshadowed by support Tour de France winner Bradley Wiggins, prompting him to switch to the Belgian outfit.