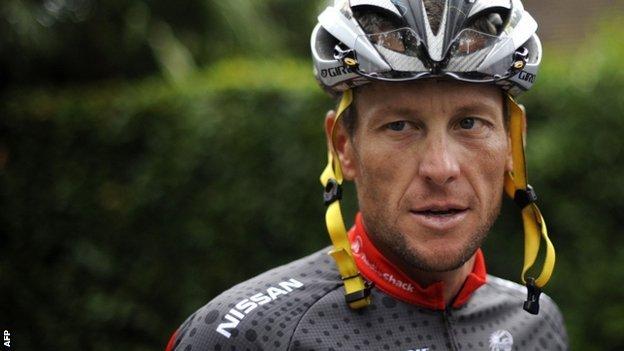 US media are reporting that cyclist Lance Armstrong is facing a fresh federal investigation after admissions he took performance-enhancing drugs.

Attorney Andre Birotte, who oversaw an earlier inquiry, had said a previous decision not to prosecute still stood.

However, ABC News reported that: "Agents are actively investigating Armstrong for obstruction, witness tampering and intimidation".

It added that Birotte "does not speak for the federal government as a whole".

Armstrong confessed to taking performance-enhancing drugs during all seven of his Tour de France wins in an interview with Oprah Winfrey last month.

Legal experts said Armstrong exposed himself to possible charges of perjury or obstruction of justice.

But Birotte insisted his stance remained the same. "We've been well aware of the statements that have been made by Mr Armstrong in other media reports. That does not change my view at this time."

Regardless of any fresh charges, Armstrong still faces a stream of legal worries.

The 41-year-old American is being sued for £6.9m by a US insurance company, and around £1m by the Sunday Times.

There is also an ongoing "whistleblower" case involving former team-mate Floyd Landis, who was stripped of his own 2006 Tour de France victory.

That suit could see the US federal government reclaim money used to fund Armstrong's US Postal Service team, with Landis possibly receiving 25% of any amount recovered under the Federal False Claims Act.