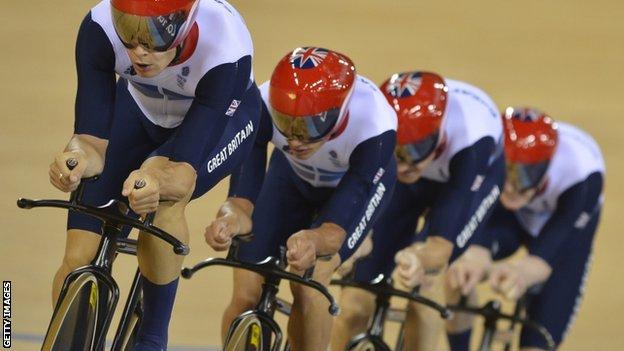 Jess Varnish is missing with a back injury for the event in Minsk, Belarus from 20-24 February.

Sir Chris Hoy was the third member of the men's team sprint at London 2012, but is taking a break this season as he contemplates his future.

Clancy, Hindes and Kenny came second in the team sprint in Glasgow behind Germany.

Varnish is replaced in the women's sprint by Vicky Williamson, who will team up with Becky James in a new-look line-up.

Performance director Sir Dave Brailsford said: "The first year of an Olympic cycle is always an interesting one as it gives the opportunity for our young riders to compete alongside the world's best and experience the competitive environment, which is crucial for their development."