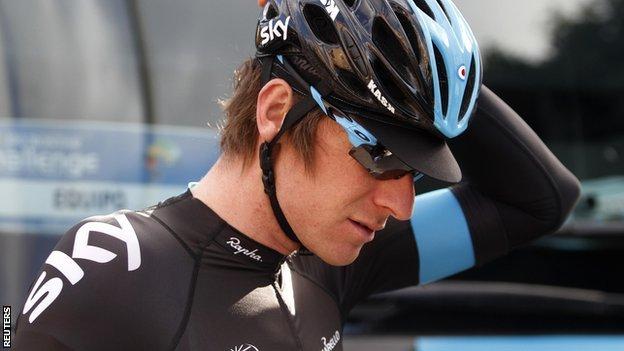 Bradley Wiggins was controversially classified as finishing last in the opening stage of the Tour of Oman.

Last year's Tour de France winner was delayed by a crash 2km from the finish line on Monday.

The official result placed him 142nd, one minute and 31 seconds behind the rest of the field.

But Team Sky are confident their rider will be reclassified under a rule governing crashes in the closing 3km of a stage.

That change would see Wiggins awarded the same time as those he was riding alongside before the incident.

Team Sky sports director Nicolas Portal said: "There was a crash with 2km to go.

"Bradley was not caught up in it but he was behind it and there was a little split in the peloton as the riders slowed down.

"So with the 3km rule he should be fine."