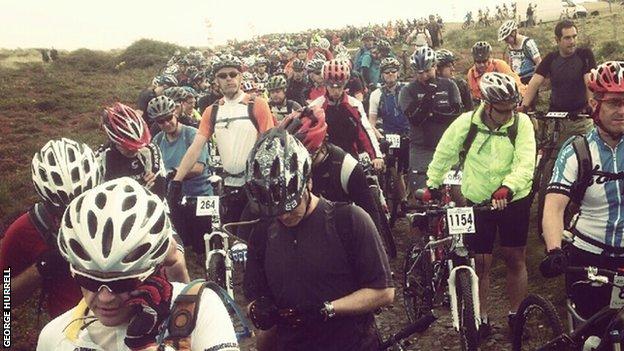 More than 1,300 cyclists have signed-up for the annual Isle of Man End-2-End mountain bike challenge since registration opened on Saturday.

Only 400 places remain for the event with entry capped at 1,700 because of the difficulty of the technical, twisting 45-mile course.

Riders have to tackle a variety of terrain and climb more than 1,500 metres as they ride from the Point of Ayre in the north of the island to Cregneash in the south.

Baxter took three hours 18 minutes and five seconds finishing eight minutes ahead of defending champion Craig, who had been going for a fifth straight title.

The End-2-End race began 16 years ago when a group of friends cycled across the island for fun, and now attracts riders from all over the world.

This year's event will be held on the 8 September.