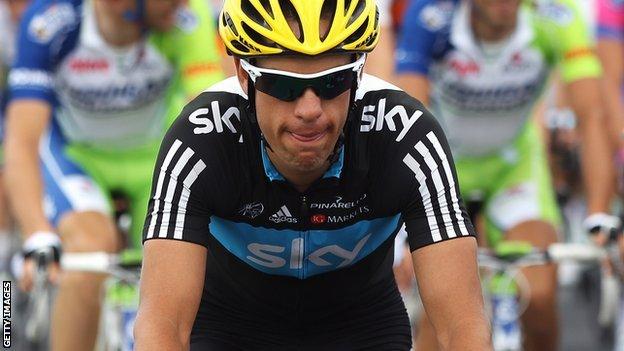 He attacked in the final kilometre of the final climb of the stage to beat Russian Denis Menchov by 26 seconds with American Andrew Talansky third.

Porte is 32 seconds ahead of Talansky in the general classification, with Dutchman Lieuwe Westra 10 seconds back.

Saturday's penultimate stage is a 220km ride from Manosque to Nice.

"I've done an apprenticeship, if you like, under Bradley Wiggins and Chris Froome and before that Alberto Contador," said Porte, 28, who rode alongside Contador at Saxo Bank.

"You don't always get the opportunity to ride for yourself in a team like this so when it comes you have to grab it with both hands. It's just nice to get a big victory and I'll take the rest as it comes."

The Paris-Nice is the first major European stage race of the season and last year was won by Team Sky's Wiggins, who went on to become the first Briton to win the Tour de France.

Last month Team Sky's Froome, who finished runner-up to Wiggins in the 2012 Tour, won the Tour of Oman.