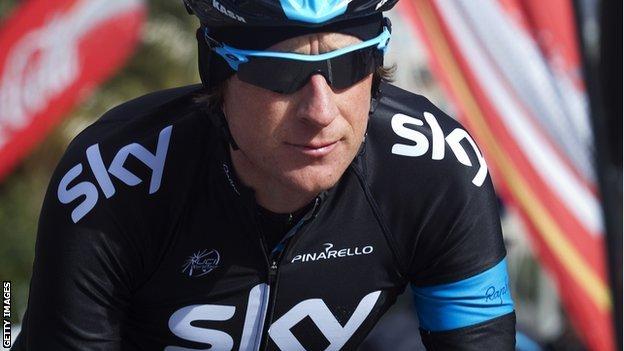 Team Sky's Sir Bradley Wiggins made a promising start to the Tour of Catalonia, finishing sixth in Calella.

The reigning Tour de France champion instigated a break on the final descent of the first stage and finished in the leading bunch as Gianni Meersman won.

Wiggins was credited with the same time as Belgian Meersman, who earned a 10-second bonus for winning the 159km (98-mile) stage in northern Spain.

However, Team Sky were satisfied with sixth place for their lead rider as he continues his preparations for May's Giro d'Italia - the first of the year's three Grand Tours.

Sports director Marcus Ljungqvist told Team Sky's website: "It was an instinctive attack and a great job from the boys.

"Bradley showed that he is up for it big time and is looking to take every opportunity. It was also a strong show of leadership."

The trio rode for the United States Postal Service team (which became the Discovery Channel team in 2004) with Armstrong and their testimony to the United States Anti-Doping Agency contributed to the American's downfall and subsequent admission to use of performance-enhancing drugs.

Tuesday's second stage, a 160km ride from Girona to Banyole, is expected to finish in a sprint finish before the race heads into the Pyrenees mountains for stages three and four of the seven-day race.