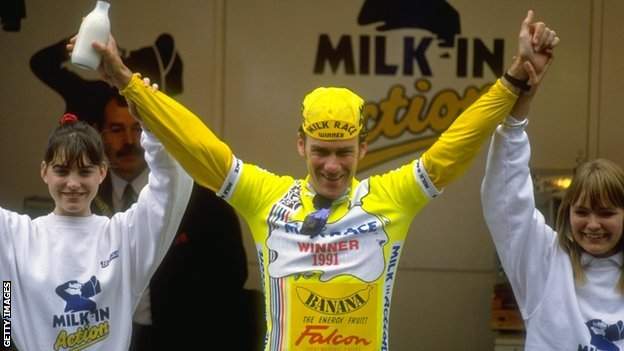 The Milk Race is set to make a return to the British sporting calendar after a 20-year absence.

Nottingham has been chosen to host one-day races for men and women on Sunday, 26 May.

The original Milk Race, which ran between 1958 and 1993, was a multi-stage race and one of the many guises of what is now the Tour of Britain.

Steven Burke is the first big name to sign up for the race, which will move from city to city each year.

"It's an historic event and it's exciting to be a part of it," said the Olympic track champion, who is trained by 1987 Milk Race winner Malcolm Elliott.

"London 2012 and the exploits of Bradley Wiggins have already increased participation in cycling and the more big events like this can happen the better it is for the sport."