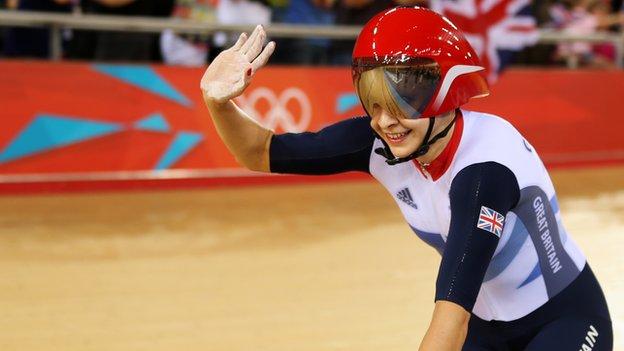 Olympic cycling gold medallist Joanna Rowsell has revealed she was hit by a car while out cycling on Saturday.

The 24-year-old said on Twitter that it was the first time in her nine-year cycling career she had been knocked off her bike.

"I am OK," she said. "No serious injuries, just cuts and bruises. Bike came off worst."

Rowsell won team pursuit gold at the London Olympics along with Laura Trott and Dani King.

Along with her Olympic team-mates, Rowsell has now switched her focus to road racing as part of a new women's race team.

However, she is not competing with Trott and King in the current Energiewacht Tour in the Netherlands.

Tour de France winner Sir Bradley Wiggins spent a night in hospital after being knocked off his bike while training near his home in Lancashire last November. The day after Wiggins's accident, British Cycling head coach Shane Sutton suffered bleeding on the brain after a bike crash in Manchester.

And later in November, Mark Cavendish hit the back of a car when he was training in Italy.