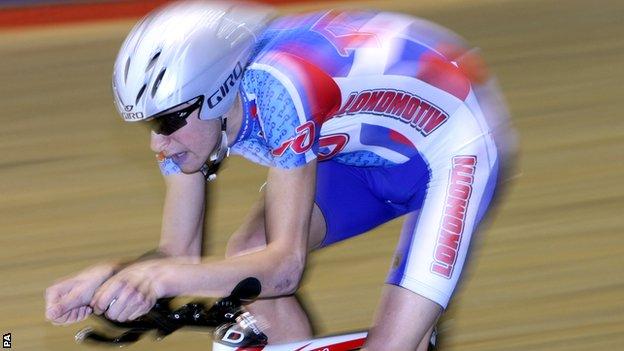 European track cycling champion Valery Kaykov has been sacked by his team after failing a drugs test.

The 24-year-old has also been suspended by the International Cycling Union (UCI), world cycling's governing body.

"Kaykov had his contract terminated after testing positive for a prohibited substance," a Rusvelo statement said.

He becomes the first athlete to be suspended for using the substance, which was withdrawn from research when it was found to cause cancer in rats.

Kaykov's sacking has come less than a month after Wada warned athletes of the health risks of taking the developmental drug.

A UCI statement added: "The provisional suspension of Mr Valery Kaykov remains in force until a hearing panel convened by the Russian Cycling Federation determines whether he has committed an anti-doping rule violation under Article 21 of the UCI Anti-Doping Rules."

The UCI said that a German laboratory, accredited by the World Anti-Doping Agency (Wada), had found that an A-sample of Kaykov's urine, collected during an out-of-competition test on 17 March, contained the banned substance. The rider has the right to request a test of his B-sample.

Kaykov, who finished second in the Madison at last year's European Track Cycling Championship in Lithuania in addition to being one of his country's team pursuit champions, is the second Russian rider in five days to fail a drugs test.

Alexander Serebryakov, 25, who rides for Spanish outfit Euskaltel-Euskadi, was provisionally suspended by the UCI on Sunday after testing positive for EPO.

"Rusvelo has a zero tolerance for doping and had already told the UCI about Kaykov's dismissal," the Rusvelo statement added.