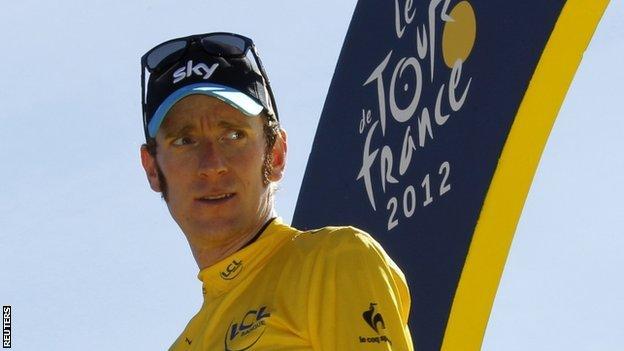 Sir Bradley Wiggins will continue his preparations for May's Giro d'Italia by riding in the Giro del Trentino.

The 32-year-old, who became the first Briton to win the Tour de France in 2012, will lead an eight-man Team Sky squad in the four-day, five-stage race in Italy which runs from 16-19 April.

Britain's Chris Froome will race in the one-day classic Liege-Bastogne-Liege.

Wiggins had been rumoured to also be racing in the oldest one-day classic on Sunday, 21 April but Froome will lead Team Sky in the 257.5km race in the Ardennes region of Belgium.

Froome, who has already won the Tour of Oman and Criterium International in 2013, will then move on to the Tour of Romandie from 23-28 April as he ramps up his preparations for the Tour de France.

Wiggins won the six-stage Romandie in 2012 on his way to victory in last year's three-week race around France.

The Giro del Trentino, which is raced in northern Italy, is famed for having steep climbs and the final stage will see the riders negotiate 21 hairpins and gradients of 20% as they climb to the race finish in Sega.