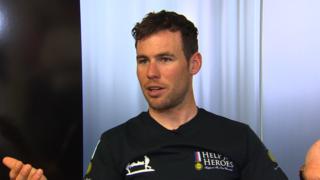 Hoy became Britain's most successful Olympian when he won his sixth gold medal at London 2012.

Murray says Hoy's achievements are "incredible", Armitstead describes him as an "idol" to young children, while Cavendish believes Hoy is "one of the nicest guys you'll ever meet".