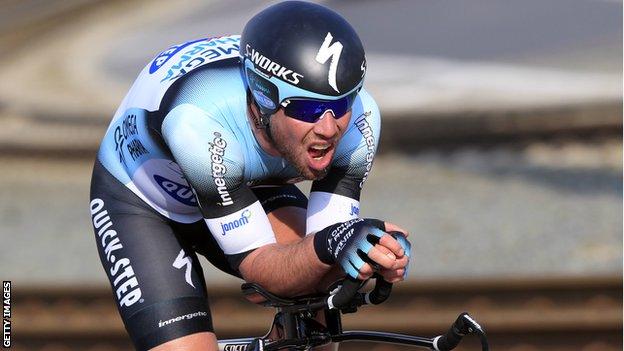 Mark Cavendish is confident his new team can help him increase his record of 23 stage wins at the Tour de France.

The sprinter, 27, left Team Sky in the winter to join Omega Pharma-Quick Step and initially voiced disappointment with his new team-mates.

But after winning the Tour of Qatar and gaining several stage wins in other races, he says he is in good shape.

Cavendish in the Tour de France

''I have had the most successful start to a year I have ever had in my career," he told BBC Sport.

"It is about having a balanced team that can win across all aspects.

"We are not going to go for the general classification, we will go for as many stages as possible and build a team around that

"There are always seven sprint stages in the Tour de France, for example, so I work around having my best form for July.

"We look at it closer to the time, there is nothing I can really do now apart from get my form good.''