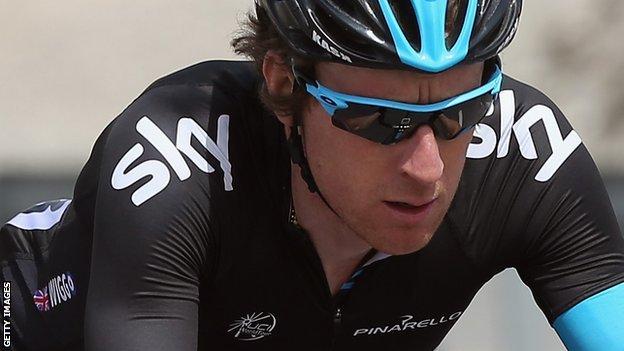 The Team Sky rider and key rival Vincenzo Nibali of Astana finished in the main group, one minute and 23 seconds adrift of Italy's Santaromita.

The Briton's Team Sky colleague Kanstantsin Siutsou of Belarusia splits Wiggins and Bouet in the overall standings, three minutes and 19 seconds adrift of the Frenchman.

Wiggins followed up a disappointing opening-day road stage with a time trial win for Team Sky later on Tuesday and a third-placed finish in Wednesday's stage as he warms up for next month's Giro d'Italia.

The race concludes with a 167km stage from Arco to Sega di Ala on Friday.

Overall standings (after day 3 of 4)