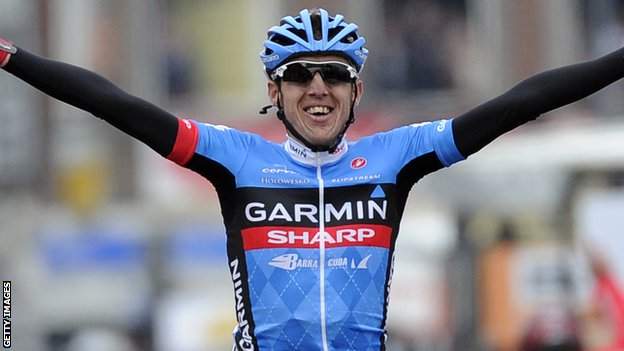 It was Martin's first classic win, in a race that was first contested in 1892.

"I can't believe it, I'm really in shock. It felt like one of the easiest races I've ever done," he said.

"I've never seen the team ride so strong - they kept me protected all day. It really is incredible, I'm so happy."

Martin, riding for Garmin-Sharp, attacked just before the final bend to come through and land the 99th edition of the 'doyenne' of the Ardennes classics, finishing three seconds ahead of Rodriguez.

Martin's mother is the sister of Roche, who won the Tour de France in 1987, and he rolled back the years for Irish fans as he gave his compatriots a first success in the race since Sean Kelly 24 years ago.

The 26-year-old came into the 261.5km race as one of the favourites following his fourth place in Wednesday's La Fleche Wallonne, but the victory is the biggest of his career to date.

Team Sky's Chris Froome was the first British finisher in 36th, one minute and 14 seconds behind the winner.