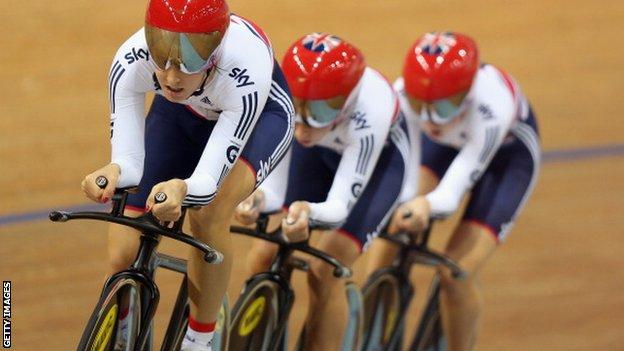 Purnell, a former team principal of Jaguar's Formula One outfit, will be responsible for finding technological innovations to boost rider performance.

He succeeds Chris Boardman, who will continue to act as a consultant to the research and development group.

Boardman stepped down after the 2012 London Olympics.

British Cycling performance director Sir Dave Brailsford said: "We know that sustaining success is among sport's greatest challenges and the recruitment of Tony is a significant step on the road to Rio."

British Cycling's million-pound research and development department is the envy of the world and is jokingly known as The Secret Squirrel Club, taking its name from a cartoon spy character.

The team search for ways to get marginal gains utilising technological advances across sport, science, industry and the military.

Its work, which was previously headed by 1992 Olympic champion Boardman for nine years, was instrumental to Great Britain's success at the 2008 and 2012 Olympics.

Despite new restraints on the use of technology, include the banning of the plasticised skinsuits worn by Team GB in 2008, Britain won seven of the 10 track cycling events in London last summer. It prompted France to suggest that Britain was relying on illegal technology such as "magic wheels".

However, Boardman responded by insisting Britain's equipment had been approved by the sport's governing body, the International Cycling Union.