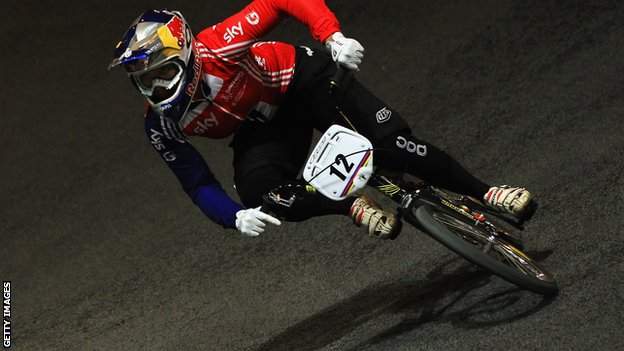 The three-time world champion pulled out of the event, which starts on 24 June, after hurting her knee at a World Cup training camp last month.

"Having won every major race this year I was confident and excited to race in New Zealand. This was one of my biggest goals for 2013," said the 24-year-old.

Reade leads the World Cup standings by 27 points with one race to go.

She also missed the last race in the Netherlands after winning the first two of four races but hopes to be fit in time for the final event in California in September.

"To miss out on the World Championships is really disappointing, however, my team and I believe this is definitely the correct decision," she added.

"It will be a short period of recovery and the plan is to come back stronger for the rest of the year."