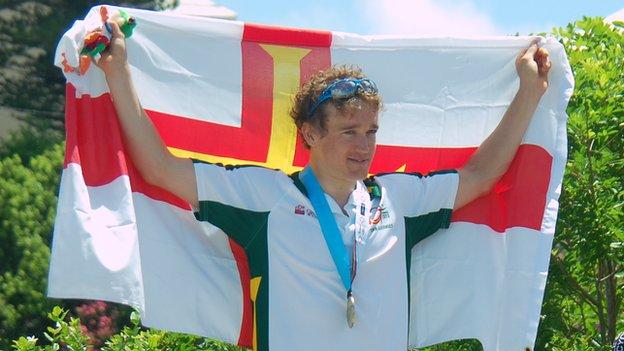 Jersey's Richard Tanguy had opened up a big lead in the 110km event but could not keep up the pace in intense heat.

Team-mate Chris Spence finished fourth, less than a tenth of a second outside the medals after a sprint finish.

Guernsey's Ann Bowditch was third in the women's event, while Jersey's Sue Townsend and Kim Ashton were fifth and sixth respectively.

The results though were enough to give Jersey bronze in both the men's and women's team events, while Guernsey got overall gold in the men's and silver in the women's.

The Island Games features 16 sports including golf, sailing and badminton over six days of competition.