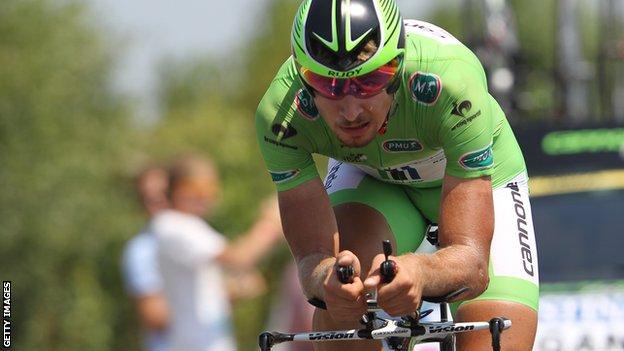 Slovakian rider Sagan, the best sprinter at this year's Tour, will race against other top names including Matt Goss and Gerald Ciolek.

The race on Sunday, 4 August is part of the Mayor of London Boris Johnson's two-day world-class cycling festival.

The 140-mile event starts off at Queen Elizabeth Olympic Park before finishing at The Mall.

Sagan, Goss, Ciolek and Team Sky's Ben Swift will be hoping the new race will come down to a sprint finish.

"This star-studded field, headed by Peter Sagan, in the first year of the Prudential RideLondon-Surrey Classic is testimony to the international standing of the event and our ambitions for the future," said race director Mick Bennett.

"It is surely the best field ever assembled for the first year of a new one-day race and we are set for an exciting and action-packed race and a thrilling finish on The Mall."