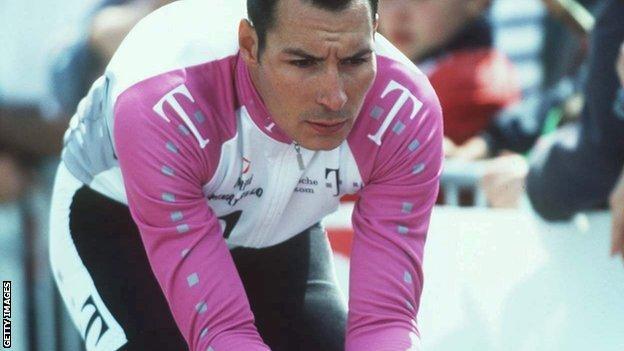 Former sprint cyclist Erik Zabel has admitted to "many years" of doping, according to a German newspaper.

"It was doping for many years. I never had a structured doping plan, never had any experts around me," he is quoted as saying in Sueddeutsche Zeitung.

"I never saw myself as a super doper."

But Zabel, who was recently named in a French Senate inquiry as a drugs offender, says he has had the blood booster EPO as well as taking cortisone, a steroid hormone.

"When you take everything together - EPO, cortisone and even blood doping, then it's quite a lot," added Zabel.

"As a young rider I did not really think about how big a step this was. But it is clear that I knew very well, this is not allowed and no one forced me to take EPO. It was my decision.

"I wanted to keep my life, my dream life as a professional. I loved that, this sport, the trips. This selfishness was just stronger."

He contacted the UCI President on Monday to offer his resignation and to further express his "deep regret for having lied for so long about taking performance enhancing substances".

Zabel's apparent admission comes only a week after the end of the 2013 Tour de France and less than a year after Lance Armstrong was stripped of his seven Tour De France titles.

Armstrong, who came first in the Tour every year from 1999 to 2005, received a life ban from the United States Anti-Doping Agency for what they called "the most sophisticated, professionalised and successful doping programme that sport has ever seen".

After years of denials, Armstrong admitted his guilt in a television interview with chat-show host Oprah Winfrey in January.