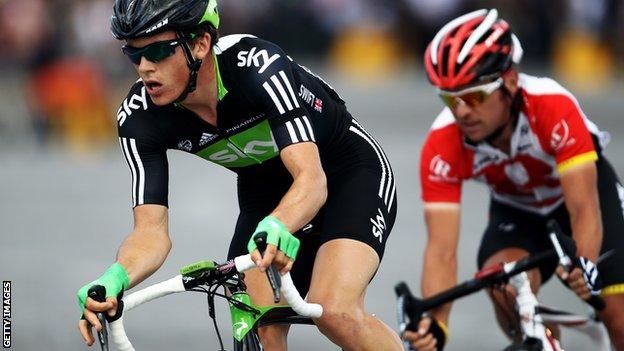 Britain's Ben Swift narrowly missed out on a second top-10 place in the Tour of Poland, coming 12th in a sprint finish on stage four.

The Team Sky rider made an early burst for the line on the 231.5km-stage from Tarnow to Katowice but was caught by his rivals in the final few metres.