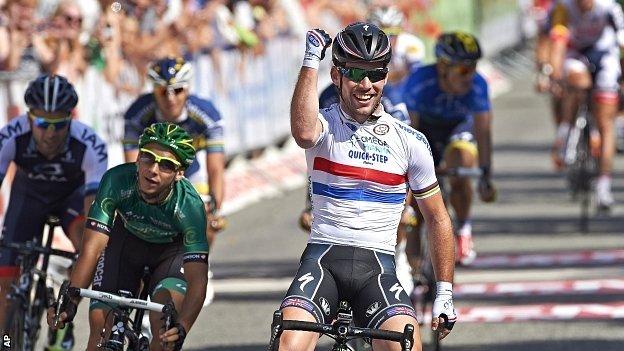 Mark Cavendish sprinted to victory on the final stage of the Tour of Denmark in his last race before a month's break.

Earlier in the day, Cavendish tweeted: "Last race for a month or so today."

The victory was Cavendish's 16th of the season, including two stage wins in the Tour de France.

"I really wanted to win today in Frederiksberg, because it is the third time I've won in three races here," he said.

"This is almost like the Danish Champs-Élysées, so of course I am happy to close out the race with this kind of win."

The Isle of Man rider revealed after his win that he intends to return to action in the Tour of Britain, which begins on 15 September in Peebles in the Scottish Borders.