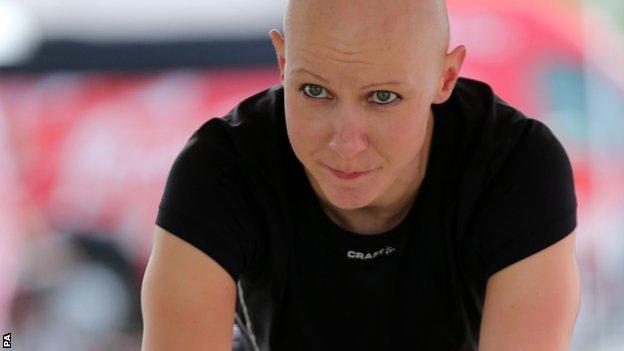 The 24-year-old, who won London 2012 team pursuit gold, broke her collarbone after a crash during the RideLondon road race on Saturday.

"I'm due to have the operation on Thursday to put a plate in my collarbone," said Rowsell.

"It is too early to say when I will be back on the bike so we will re-assess after Thursday."

Rowsell was involved in the accident during the final lap of the criterium in Women's Grand Prix at the inaugural RideLondon event.

"I went over the handlebars and landed heavily on my head and my left shoulder," said Rowsell, speaking on her official website.

"I was attended to at the scene and then taken to St Thomas' Hospital where I had X-rays and they confirmed I had broken my left clavicle and would require surgery.

"I was kept in overnight for observation due to my head injury before returning home Sunday morning."