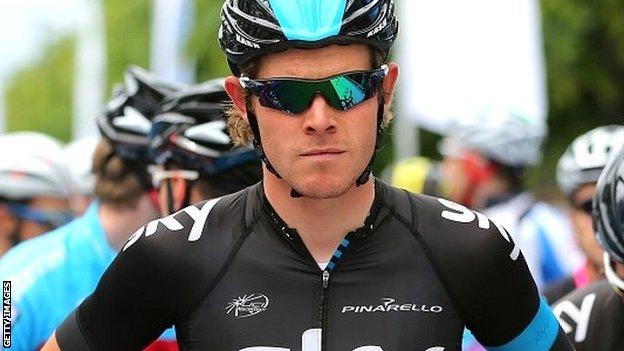 With Chris Froome only just back in action after his Tour de France win and Sergio Henao will lead the team.

Norway's Edvald Boasson Hagen is included after recovering from fracturing his shoulder in July.

Rowe, 23, will be making his Grand Tour debut in the 21-stage race which begins on Saturday in Vilanova de Arousa.

Colombian Henao will be supported by his compatriot Rigoberto Uran, who finished second in this year's Giro d'Italia and is likely to be promoted to team leader if the need arises.

"It's a testament to the strength and depth in this team that we can line up in all three Grand Tours this year with such strong squads," said team principal Sir David Brailsford.

"We've watched Sergio develop since he joined the team and this is a great opportunity for him to demonstrate what he is capable of on a big stage like the Vuelta."

The 2012 Vuelta was won by in his first Grand Tour race after serving a ban for doping.